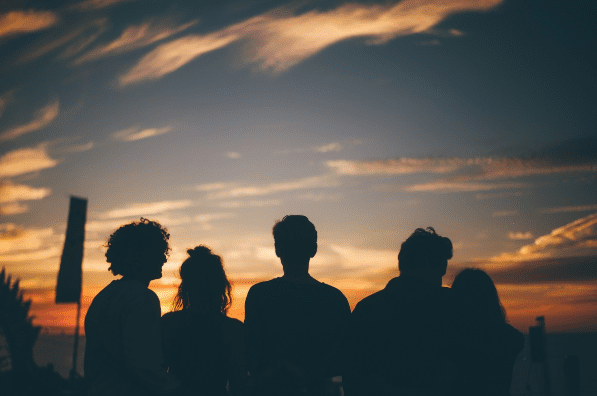 Her twelfth birthday was her first birthday spent with Lauren and Anneka. Her adoption was made official the month before, and she was happier than she had ever been anywhere else. They woke her up with a plate of hot toast and a glass of orange juice, and after they had all finished breakfast they took her out to the park. They played hide and seek with her in the maze, and chased her around the swings. After that they went to her favourite shop, a small place filled with crystals and tarot cards, incense drifting around everywhere. They let her pick out something she wanted, and then they dropped her off at school, where her friends sung her cheesy birthday songs all day. After school she walked home, where Lauren and Anneka revealed her cake and gave her extra presents. Then, munching on cake, they snuggled up on the sofa to watch three films of Ashley’s choice. Before she went to bed that night, she said she wanted to do the same for every birthday, and the tradition was formed.
This time they went for a long walk around the park, and she stood by the swings, comparing her height to the previous years. In her favourite shop she chose a deck of tarot cards, black cards with silver writing and drawings. She’d reserved these for her sixteenth, making it a milestone. They dropped her off at school with hugs and promises of cake, and she turned and walked through the gates.
Tracy had been waiting, and launched herself at Ashley as soon as she saw her.
“Ooooph!” She nearly fell over with the weight of her.
“HAPPY BIRTHDAY, LEY-LEY!!!” Tracy yelled, and a couple of passing students laughed at her enthusiasm.
“Thanks, Trace. You know it’s possible to not kill me when you’re hugging me?”
“But then it’s no fuuun!!”
“Hmmm. Where are the others?” Ashley looked around.
“They’re at the usual spot. They wanted me to collect you.” She bounced on her toes.
“Err.. what’s going on?”
“A surprise! Come on, let’s go!”
Tracy grabbed her hand and speed walked her round the building, where the guys were sitting in a circle around something.
“Um, what’s happening, guys?”
“TA-DAAA!!!” They parted to show a huge chocolate cupcake with the words ‘Ley-Ley’ written on top. Ashley covered her mouth and laughed, and they all surrounded her in a group hug. Her friends were amazing. She met them on the first day of school, and they immediately loved her. Tom, Lily, Tracy, Pennsylvania and Jack were their real names. Their nicknames were Tank, Riana, Trace, Penny and Jock. They protected her when the other kids bullied her about her eye patch and her hair, and stood by her every day since they first met her. They were like her siblings.
Advertisement