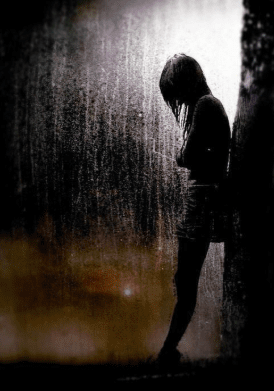 She woke up in the bottom half of Tracy’s bunk bed. Sunlight was filtering through the curtains, casting a pretty pattern on the blankets. For a moment, she forgot why she was there, and snuggled down to sleep again, pulling the blankets over her head. Her knuckles chafed the material, and she winced. Examining her hands, she remembered the previous night. Tears trickled down her cheeks, and she put her head in her sore hands.  The door opened, and Tracy came in, holding a family size chocolate bar and two bottles of Fanta.

“You’re up.” Tracy sat next to her, opening the chocolate and handing her one of the bottles.

“Thanks, Trace.” Ashley sniffed and ate some of the chocolate.

“Ashley, what happened?” Tracy never called her by her name. She was always Ley-Ley, right from the beginning.

“Anneka found out I got the job… ordered me to quit, and told me that I wasn’t allowed to leave until I was eighteen, and maybe not even then. She said something about not losing another child… I don’t know.” She sniffed again. Tracy was silent, waiting for her to continue. “I was angry, and… and… the yelling gave me flashbacks. I got madder. I couldn’t stop crying. I ran as far as I could, then I started punching a brick wall, again and again. I had a panic attack and… I passed out. When I came to, it was raining, and I came straight to you.”

“No.” Tracy cut her off. “Don’t apologise to me. It’s not you, I just can’t help thinking what might have happened to you.”

They sat there for a long time, eating chocolate and drinking. When the chocolate was gone, Tracy turned and hugged her tight.

“Thank you.” She whispered into Ashley’s hair.

“For what?” Ashley pulled back, looking at her.

“For coming to me.” Tracy smiled.

“Of course I came. I love you.” She smiled back.

“I know.” She looked away. Something flickered in her eyes, and it looked a lot like pain. But then she smiled back, and said, “I know you do.”

“Would you like anything else, sir?” Ashley asked, her little notebook and pen poised.

“No thank you, just the cookie.” The man smiled at her and then looked away.

“One ginormous chocolate cookie, Yaz.” Ashley slapped the notebook down on the counter, and Yasmeen grinned.

“Coming right up!” She disappeared through the door, and Ashley leaned against the counter. Magda had messaged her when she was at Tracy’s. Tracy had college at nine on Mondays, she couldn’t go home, and she could afford to squeeze an hour in before college… so here she was. Adele had noticed her hands when she came in and asked if she was okay. She told her she was fine. She didn’t like lying to her, but it wasn’t entirely untruthful. She was fine now.

At college, the guys swarmed around her.

“Trace told us you had a bad night. Are you okay?” Jock wrapped his arm around her while they walked with the others. She tried to calm her heart. She’s always had a little crush on Jock, but she never showed it.

“May I ask how this happened?” He gently took her hand and turned it over, showing the cuts and scrapes on her knuckles.

“I punched a wall. Multiple times.”

“Ahh. I’ve done that a fair few times.” He smiled at her, patted her back and then walked off to class. She stared after him and smiled to herself.

She was curled up on the bed listening to music. She planned to spend the night at Tracy’s house again, just to be on the safe side. She couldn’t think of an excuse for her hands, and Anneka would freak if she saw them. She might tell her social worker, who would try to get her a therapist… it wasn’t an option.

“Ley-Ley. Hey, you gotta get up.” She hadn’t even noticed Tracy come in.

“Lauren’s here.” Tracy took her hand. “She’s not angry with you, it’s all Anneka.”

“I know. Where is she?” Ashley made to stand up, but Tracy interrupted her.

“No, wait. Ley-Ley, my parents are back tomorrow morning.”

“That’s fine, Trace. You’re the true best.” They hugged, and Ashley got up to face Lauren.

“Tiger-Lily.” Lauren looked Ashley up and down, taking in her hands. “Oh, Tiger-Lily, I’m so sorry.” Her voice faded, and she stood up, pulling Ashley in for a tight hug.

“S’okay.” Ashley whispered, and Lauren pulled away, shaking her head.

“No, it’s not. I want to explain why Anneka acted the way she did.” She looked at Ashley’s hands again. “It doesn’t excuse her behaviour at all, but it will help you understand.”

“Okay. I’ve got all night.” Ashley sat down.

“Me and Anneka got together when we were twenty. After we’d been together five years, we decided to have a kid. Anneka ended up having the child.” Lauren sighed. “Her name was Cherry, and we loved her so, so much. But when she was two years old, she…” Lauren stopped. Ashley put her arm around her. Lauren smiled sadly. “She got hit by a car. She was running after a balloon.”

“We blamed ourselves, of course. But we got through it together. And four years later, we adopted you. And we love you just as much as we loved Cherry. It was so hard for Anneka, letting you go out alone. But I convinced her. When we spoke about you going away, she just couldn’t handle it. I think it brought it all back.” Lauren wiped her tears from her eyes. “I shouldn’t have let her speak to you like that, Ashley. I’m sorry.”

“If I were you, I wouldn’t come home tonight, Tiger-Lily.”